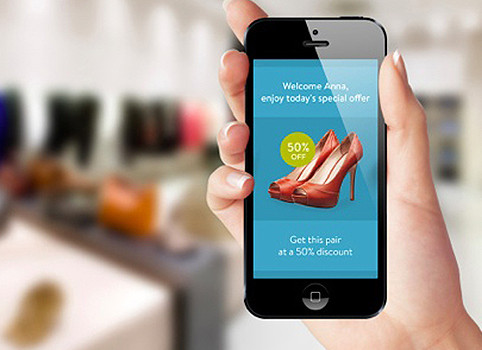 on December 15 | in Blog, E-commerce, Featured, Multichannel, Stores, Technology | by Helen James | with No Comments

Christmas is no longer just a time for giving. It’s also a time for adverts, Sales, and increasingly, innovation. Rebecca Thomson charts some of the best ideas to emerge in the past two months

Retailers have well and truly leapt on the innovation bandwagon this year. From augmented reality to new store concepts, they are trying everything to stay one step ahead of the ever-changing shopper. While many of these innovations are not related to Christmas, the peak trading time has become a popular time of year to try out new things. The high volumes of shoppers make it a good testing environment, because if a service can withstand Christmas crowds it can withstand anything. Here, we outline a few of the best ideas to emerge in the past couple of months. 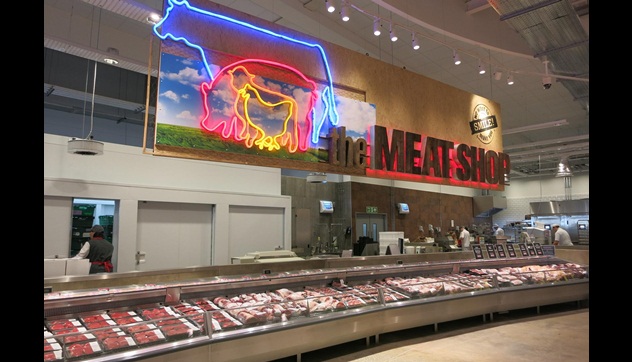 Morrisons has ramped up its focus on innovation this year, with the most attention-grabbing project being its new testing ground store in Preston, unveiled in December. The store is an attempt to inject a bit of retail theatre into Morrisons’ offer and features new technology to speed up the weekly shop. It also includes a revamped café offer and an emphasis on better value bulk buys.

There’s a café with a wood-fired pizza oven, neon signs for each different department and tunnel scanners on every till to speed up the checkout process. There are also TV screens advertising brands and an on-screen recipe advisor in the produce department.

Morrisons group manufacturing director Mark Harrison told Retail Week the store is being used to try new ways of bringing the retailer’s vertical integration in-store. “We are trying to make the shopping experience less of a chore and make it something easy and enjoyable,” he said.

The store followed the unveiling of Tesco’s blueprint for the future – its Extra store in Watford, which opened earlier this year – and highlights how big box retail is changing. 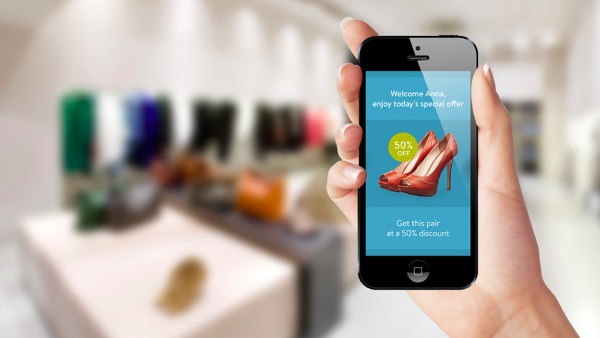 Ever the mobile innovator, it’s no surprise that Macy’s has become one of the first retailers in the world to try out Bluetooth technology.

Bluetooth hit the headlines earlier this year after Apple and PayPal threw their collective weight behind the technology. Apple’s new operating system iOS 7 has Bluetooth built into the software – it calls it iBeacons – while in September PayPal invited developers to come up with clever ideas for its use.

The technology uses small sensors which are placed around a store, which can communicate with shoppers’ phones. They can be used to send location-based offers to a phone – with a greater degree of accuracy than GPS – or even take payment.

Macy’s is working with Shopkick, a shopping rewards app, which communicates with Bluetooth beacons as soon as a shopper with the app walks into the store. Even if the phone is asleep, Bluetooth will wake it up and send offers through to those shoppers who have opted into the service.

Shopkick has a handful of transmitters in Macy’s stores in New York and San Francisco, and the trial – initially just serving Shopkick employees – will be rolled out to a wider group in the coming weeks.

Bluetooth could be huge for store retailers. It’s the most seamless example yet of a link between the physical and online shopping environments, and it’s more reliable, cheaper and more robust than Wi-Fi. Retailers such as Macy’s will no doubt be leading the way in determining how it is adopted throughout the industry. 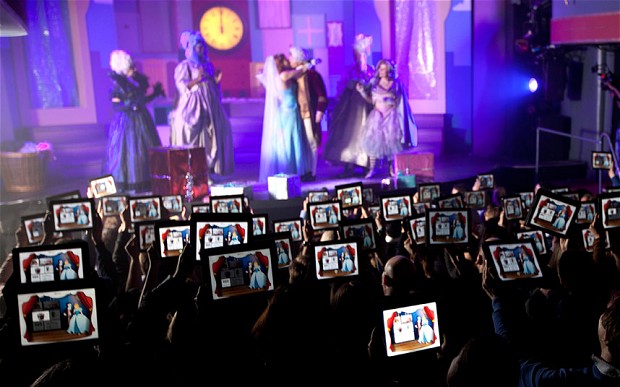 Ebay has produced so many innovative ideas around Christmas time that it has almost become an annual tradition – in 2011, it opened a digital pop-up shop in Dean Street, London that allowed shoppers to buy by scanning QR codes, and last year its Covent Garden pop-up used social technology and augmented reality. This year it tried something different. To take advantage of the increasingly popular trend of dual-screening, which involves shoppers using more than one device at once, eBay staged a shoppable pantomime. The audience at the panto on November 29 was asked to pick up tablets at certain points during the show and choose presents for people, with products and characters from the show used as inspiration. By the end of the show, each audience member had a complete Christmas list.

The idea taps into the ‘inspiration’ role that retailers increasingly need to play, especially around Christmas. Shoppers are flooded with information, offers and product choice – eBay is looking into how it can help cut through the clutter.

Tesco went down the eBay route this year – it has combined a store presence with mobile technology to create something unusual at Christmas time. It launched interactive Christmas window shops in twelve Metro stores around the country, including on Regent Street, with augmented reality technology enabling shoppers to scan and shop using their mobile phones. 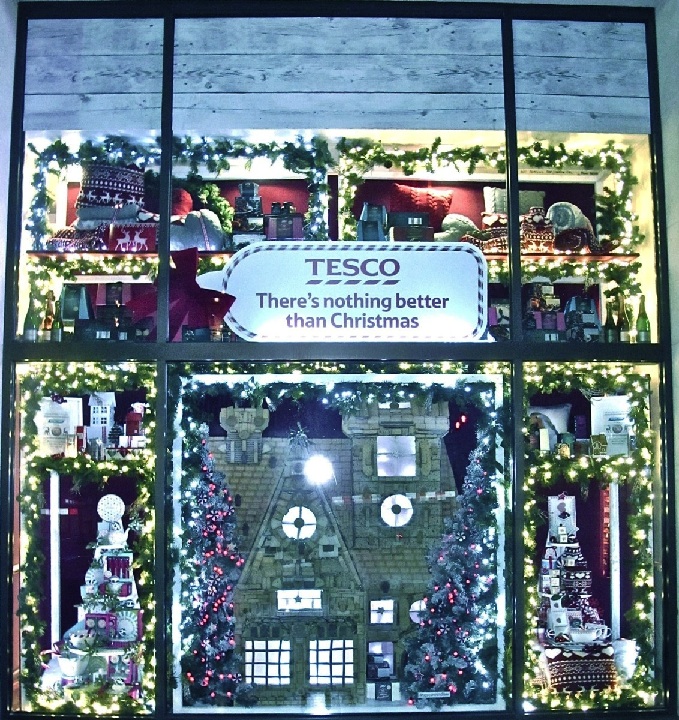 The windows showcase a range of products, including the Finest food range, gifts, toys and decorations. Each window has an eye-catching Christmas display – this is especially notable on Regent Street. Tesco is using technology to punch above its weight on window displays, boosting its attention-grabbing abilities on one of the best known shopping streets in the world. 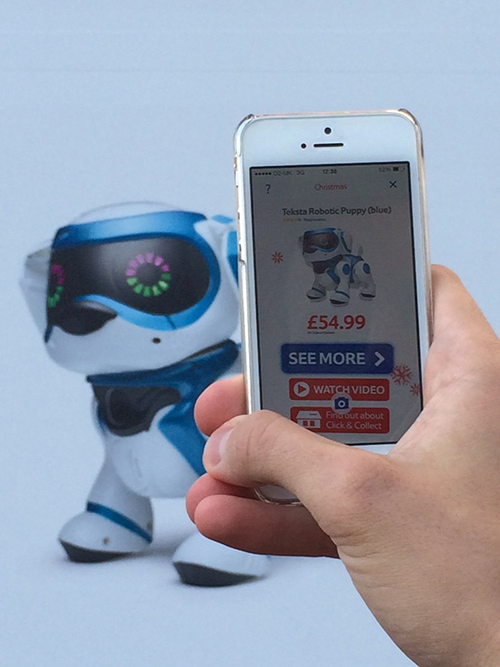 The augmented reality also means shoppers can buy from the store without entering it – although they do have to come back the next day to collect their purchases – and it gives shoppers in smaller stores access to a much bigger range.

Click-and-collect is convenient for shoppers, but so far the service has mostly been aimed at those with cars. But not any more – Asda announced in late November it was to give online grocery shoppers the option to collect orders from stations on the London Underground. Shoppers who order before noon can collect their goods after 4pm from station car parks at East Finchley, Harrow & Wealdstone, High Barnet, Highgate, Stanmore and Epping, with plans for more stations to be added.

Asda is planning a major push into London and the southeast, and this idea will no doubt help with that. But what’s impressive is that Asda has thought carefully about the customer journey – in more ways than one – and is adapting its services to what will work for shoppers. This is a key change in mindset. In the past, delivery services have been developed around what works for the retailer or delivery company. Increasingly, however, they are being designed around a shopper’s needs. With this idea, Asda has shown it is getting under the skin of how shoppers operate. 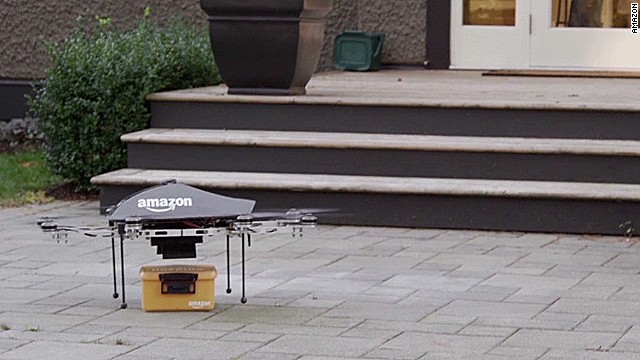 Honourable mention must go to Amazon’s drones because, while they haven’t yet been launched, they are the most outlandish idea any retailer has produced all year. It does feel difficult at this stage to imagine the drones actually being used, but Amazon boss Jeff Bezos seems convinced. He told TV network CBS: “I know this looks like science fiction, but it’s not. We can do half-hour delivery and we can carry objects, we think, up to five pounds, which covers 86% of the items that we deliver.”

While it’s easy to scoff at unlikely-sounding ideas, there are few technologies around today that we could have imagined needing a few years ago – smartphones being among them. Based on the last two decades of phenomenal growth, Bezos’ ideas are not to be trifled with. 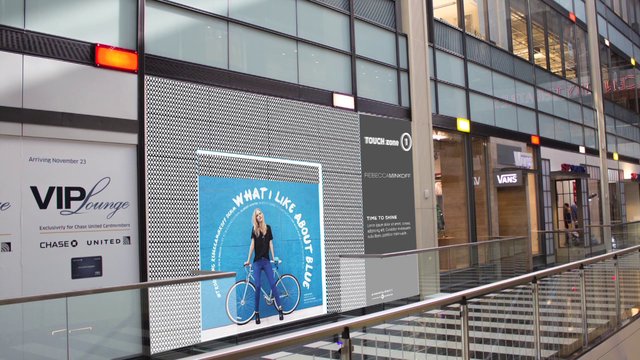 Ebay has been busy this year – in its second appearance on the list, it teamed up with Westfield Labs in the US to launch three digital storefronts for the Christmas season.

The storefronts were developed for three brands – electricals retailer Sony, footwear brand TOMS and fashion and accessories retailer Rebecca Minkoff. The shop fronts allow shoppers to interact with the brands and buy more than 100 products.

Shoppers touch the screens to browse products, then proceed to the checkout by pushing the order to their mobile phone to pay by PayPal, credit or debit card. Delivery options include free delivery or collection. 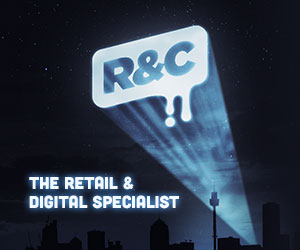